ConTempo festival has turned Kaunas into a prominent European city. What’s next?

After the transition of Kaunas into the European Capital of Culture, it has become possible to see a significant number of well-known and interesting foreign artists without leaving the city and its spaces that we know like the back of our hand. It also allowed looking at Kaunas through a completely different perspective. One of such events was international performing arts festival ConTempo that has ended recently.

This summer, the festival was organised for the fourth time, yet like never before, it came with a feeling that you are watching the performances in a large European city, where similar festivals, fascinating professionalism and creativity of artists as well as a great interest from the public is a usual phenomenon.

The festival programme reached an exceptionally large and broad audience of almost 20 000 people over one weekend in mid-July and three weeks in August. The festival, initiated by Kaunas – European Capital of Culture 2022, presented 140 events by artists and companies from Lithuania, Italy, France, Bulgaria, Spain, Luxembourg, Greece, the Netherlands, Belgium, Norway, Iceland and Hungary.

Performances took place in Kaunas city and as many as 18 towns of Kaunas district. Many of the events were free of charge for residents and visitors, but the public was equally keen to buy tickets for the indoor performances. And some even ran out of seats – for example, in the experimental dance exchange programme “Tribune // Dance Your Self!”, some people of the audience had to stay outside.

“With this festival, we have burst an imaginary social bubble and reached out to those we have never seen in halls or festivals. The number of local residents, visitors from other Lithuanian cities and abroad proved that high quality contemporary performing arts presented in a festival format is interesting, relevant and highly needed. The diversity of the audience, the extent to which they engage, curiosity and desire to see more was surprising and gratifying,” said Gintarė Masteikaitė, the festival director.

The festival created a festive atmosphere in the city, and at times it seemed that every visitor was greeted by the smiles of the festival organisers and the festival director herself, while every guest experienced the most genuine care. Probably for these reasons, and simply because of the notable productions themselves, one could only admire the large number of spectators and their openness to the unconventional theatre. One needs to admit, however, that it is not easy to break down the preconceptions and stereotypes of the audience. The festival’s growing number of spectators each year is a proof that ConTempo is making an important contribution to the education of the city’s citizens, and it is very likely that in the future they will continue to find contemporary performing arts as attractive as drama or musical theatre.

And what stood out the most about this summer’s festival was the experiences it offered – each performance allowed you to be in a different reality for an hour or so. Not by imagining or observing it, but by experiencing it – acting, feeling and seeing the environment as if it were really happening. Or, to put it another way, to broaden our perception of the reality we live in. The audience was involved in the action of the performances, or even became their protagonists in some cases. By visiting the real spaces of the city and the neighbourhood, the spectators could explore the identity of the contemporary human being – the states, emotions and difficulties one faces in everyday life and on a global scale. Through dramatic or hilarious experiences, and rethinking the self. Here one could enjoy the summer mood with adventurous performances in the streets and in nature, or, in a more serious mood, delve into the contradictions and existential questions that accompany the human body and soul, experience what people experience when they face death, or visit a humanoid – a real robot in the shape of a human being – and hear her definition of happiness.

This year, there was also a very wide variety of contemporary performing arts to experience – drama and opera that do not fit into the traditional theatre framework, contemporary circus, contemporary dance, site-specific theatre, immersive theatre, performance art, street theatre, the fusion of theatre and virtual reality with new technologies, and many other performances that do not lend themselves to concrete definitions.

The touring events were very popular, where the audience walked with the actors through the city’s central streets and neighbourhoods, empathising with the actors or experiencing their sensitive stories in a particular era or personality. They were not afraid of being splashed with water, spit on, getting their shoes and clothes dirty while walking on nature trails, blindfolded or confronted with the controversial opinions of random passers-by. There were also performances in unexpected or very strange venues in the city centre. In this category, the metaphysical circus performances “L’absolu” and “The Anatomy of Lust” by the French acrobat Boris Gibé stood out in particular, for which a 12-metre metal structure resembling a tin can was erected in Steigiamojo Seimo Square and a tent was set up in front of the Žalgirio Arena. Entering these enigmatic spaces offered a completely new experience, both as a spectator and as a human being.

The foundation has been laid, the audience has been grown – all that is left is the support and the ambition to have something similar to the Avignon, Edinburgh or Sibiu festivals, and maybe even better and more interesting.

In addition to the workshops for artists, the festival also featured open movement classes for citizens, discussions and informal meetings with festival guests, the results of which may be seen in the future.

It is also important to mention that in 2022, ConTempo organised the Young Critics Programme for the first time, which gave young art critics from the Faculty of Arts of Vytautas Magnus University the opportunity to learn more about contemporary performing arts. On the eve of the festival, the university hosted lectures on critical writing and the less explored theatre trends in Lithuania, given by well-known critics of Lithuania. During the festival, young critics were given the opportunity to attend all performances and write reviews of the most memorable ones. A total of 7 participants in the programme were active in the production of texts, which were published in the local periodical press.

At the end of the festival, one can only rejoice at the colourful memories and excellent results, hoping that it will continue to be a mecca of performing arts not only in Kaunas, but in the whole region. “Before the festival started, I said that we had an ambition to create in Kaunas and Kaunas district something similar to the biggest and most prestigious festivals in Europe. Taking into account the finances, the possibilities and the size of the team, the assessment of foreign participants and experts, I think that our goal has been achieved to the fullest extent. Now the main question remaining is this: what’s next? Will we have the ambitious support of Kaunas and Kaunas district to continue our goals? The foundation has been laid, the audience has been grown – all that is left is the support and the ambition to have something similar to the Avignon, Edinburgh or Sibiu festivals, and maybe even better and more interesting,” Ms. Masteikaitė reflects on the future. 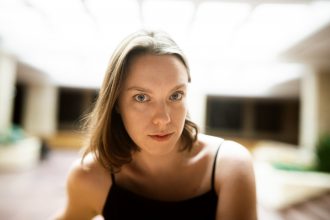