Orienteering at The Historical Presidential Palace in Kaunas

Quite a few people reading this might agree that it is very easy to create an orienteering game at home. All you need to do is be a couple of minutes late to leave and then all the necessary things find the most obscure corners of the house to hide in. Then you have to solve a rebus, analyzing the recent biographical facts in an attempt to solve issues like, “Where did I hang my keys the last time?” or “The phone usually rests in place X; identify X.” However, the orienteering games in the city are much more fun than the home version. While playing them you can explore the surroundings, hear stories, discover new places and expand your knowledge. And, of course, get excited after seeing the number of steps in your pedometer.

Recently, orienteering games have become a favorite pastime in museums as well. Visitors are invited to get to know the different layers and themes of the city, to feel the local spirit while becoming a tourist in an environment they thought they knew by heart.

The Historical Presidential Palace in Kaunas stands out with the abundance and continuity of its games. The museum invited the townspeople to the first game a little more than five years ago and so far, has organized as many as 10 educational games with more than 550 teams. And indeed, who wouldn’t like to explore the objects and streets of Kaunas full of history while clinging to the arm of your beloved or colleague, with your cheeks flushed from laughter and running? We talked about the orienteering games organized by the Historical Presidential Palace with the Museum’s team and its head Renata Mikalajūnaitė. Join us.

How did this idea come about? Maybe there are fans of orienteering games among the employees of the Historical Presidential Palace, who suggested this activity.

The wish to leave the traditional museum environment and activities was born back in 2011, when we found contemporary museologist Nina Simon’s book The Participatory Museum on the internet. One of her concepts – edutainment (learning + entertainment) – proved to be very attractive to a young team, which didn’t have much experience at the time. And who doesn’t want to have fun at work? This desire to learn and teach others in a fun way prompted a search for various non-traditional activities. A need to cross the threshold of the museum and go out into the city emerged.

In the beginning, the exit was timid, only to the garden area, where since 2006 exhibitions of archival photographs are held annually on the occasion of International Museum Day and Night. In 2011, when exhibiting the photographs of the National Olympic Games of 1938 outside, we dared to go beyond the territory of the garden – in honor of the athletes, together with our partners, we organized a run Ir stok už garbę Lietuvos! (Defend the honor of Lithuania!) on the streets of Kaunas. After that, we organized this run for three more years in a row.

Four years later, however, we realized that there was little education in this type of activity and it was not acceptable for everyone and yet we wanted to continue to move! Move in a fun and beneficial way. At the time, we created the Presidential Route (which can still be found on the museum’s website) to get to know the city’s locations associated with interwar period presidents on an individual basis. Unexpectedly, the idea was born to merge the tourist route with running, thus creating an orienteering game that would teach about the city’s history. Only the learning process is not slow, you have to almost run, racing other teams to win. Thus, in 2015 our new outdoor photography exhibition was already accompanied by our first orienteering game The Missing Kaunas.

Why did you choose this format to talk about the history and the city?

Many call Kaunas an open-air museum. Now many are exploring it in various ways. The more diverse, the better. The form of the orienteering game we suggested in 2015 was new and interesting. The city and its heritage have become our exhibits and many volunteers helped people to get acquainted with them. The organization of such activities consumed a lot of time, but the pleasure of creating coded messages, poetic references, and funny educational tasks were extremely rewarding.

we are happy when others are happy.

The teams of participants were not just having fun, but also getting acquainted with the stories we presented. In 2015 we introduced them to the missing objects of the city, in 2016 we presented the popular interwar period professions, and in 2017 we demonstrated the power of interwar period’s civil society, its ability to organize and solve problems. In 2018 we emphasized what Lithuania can be proud of on February 16, in 2019 we introduced people to the institution of the President, and in 2020 we reminded of the great works of Constituent Seimas.

After our ten orienteering games, we can happily say that both us and the participants enjoy playing. It is up to the museologists to “serve” the product – educational content wrapped in a game.

Does the team of Historical Presidential Palace go out to the city to play and compete before releasing the new orienteering game?

Always. We play mostly by encoding places, preparing tasks, and we go to the city to try out the preliminary route. In live games, it was enough for us to pass the route once or twice, photograph the specific location, so that we could send a volunteer after that. Things are much more complicated with the app. You need to go more than once or twice to check the sensitivity of the app, and make sure it “captures” the marked places well, so that the players wouldn’t have to climb into a fountain or get on the roof of a building.

While preparing the latest game Septynios Kauno istorijos (Seven Stories of Kaunas), we might have walked the entire distance 8 times! At first, we wanted to arrange all the objects on the game route in chronological order, according to historical periods, but when the first tester passed the route all tired, walking 14 kilometers in circles, we had to abandon this idea. We moved objects to a more convenient route without having to walk back and forth unnecessarily. Still, the pedometer readings in preparation for this game really delighted each organizer.

45 teams participated in the Seven Stories of Kaunas game and another game – 20 Stops of Happiness – organized on this year’s International Day of Happiness drew a record number of teams: 142. What groups of people are most interested in orienteering games? Is there a tendency for the same people to attend or maybe you always meet new curious people?

20 Stops of Happiness was destined for success. After all, in the time of pandemic and quarantine, we really need happiness! In 2020, when preparing Operation 112 game, we were making a risk, the quarantine had just ended, we really wanted to meet people, so we organized a live game with volunteers. However, only 20 teams participated this time. We began to think how to organize orienteering games with minimal physical contact. Our educator has offered the Actionbound mobile app. Its free version turned out to be quite attractive and, most importantly, it allowed to carry out the game without any physical contact. And in 2021, this decision paid off. We organized as many as three games: 11 Stops of Happiness (102 teams), 20 Stops of Happiness (142 teams) and Seven Stories of Kaunas (it took place twice with 51 and 45 teams).

While the games were still being organized with volunteers, we saw all the participants at the beginning and end of the game and met some, who had been participating for several years in a row, often under the same team name. This game is loved by families, groups of friends, sometimes even one class is divided into several teams and competes with each other. Thanks to Actionbound app, older people and families with small children also joined because we have removed the speed requirement, turning a game into a pleasant walk. When there are no volunteers waiting at the stops, the duration of the game is not limited.

It would be very interesting to learn what kind of feedback you get.

Most reactions are positive, unless someone complains about a difficult task or tired legs. In fact, we ourselves are a little hedonistic – we are happy when others are happy. We see from the returning participants that they find it pleasant and useful too because they accept the disguised educational content we offer. After playing the game via the app, we usually get reactions only on social media but during the live game, we would learn a lot from the players or volunteers who worked in the field. Sometimes we set out to watch the game ourselves with a camera.

We had some interesting accidents. For example, in 2016, during the City Bees’ game people had to find the place where the legendary hairdresser Muralys’ salon was. Once the players found the place, they had to perform a task: to braid a girl’s hair (not the teammates) near the fountain. It is hard to imagine such a contact today. It was fun to watch how two well-known Kaunas heritage specialists after a long consideration could not dare to approach any girl.

By the way, are orienteering games available in other languages?

We haven’t done that yet because there wasn’t much need. Maybe 2022 will be the year that we decide to “torture” the foreign guests visiting our city.

Orienteering games are themed, they accompany exhibitions or new expositions and usually last only a few days. The Presidential Route is available at all times and can be found on the ILRP page. 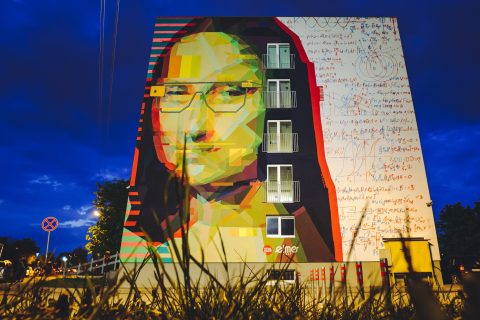 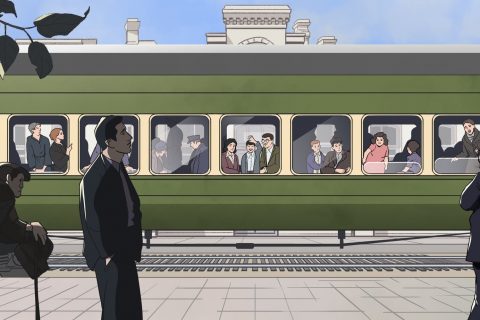 Visiting SneakyBox. Learning About and From the Gaming Industry 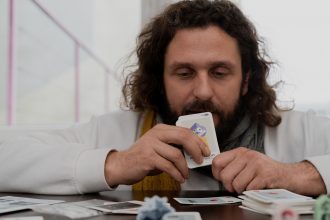 A Board Game Unicorn on Kaunas Street in Vilnius