OPTIMISMO is a new electronic and experimental music event that will take place in Kaunas, in a former industrial quarter and other sites in the city on 3-5 June 2022. It is presented by Kaunas – European Capital of Culture 2022 and its Modernism for the Future programme, which aims to activate an emotional connection with the past and its monuments that have survived to this day.

How can we talk about positive things when the world around us is turning upside down, ideals are falling apart, meanings are changing, and we can no longer communicate? In the 19th century Bialystok, a melting pot of nations, the Polish-born Litvak Ludwik Lazaris Zamenhof searched for very similar answers. In his environment, conflicts between the ethnic groups living there broke out almost every day – the boy understood early on what happens when people cannot get along because they don’t talk to each other.

It was the idea of Esperanto, created by a man who also lived in Kaunas, that became the springboard for the creation of the city’s new festival OPTIMISMO, where the historical past and industrial heritage interact harmoniously with contemporary experimental and electronic music that is soaked with future. The optimism was shared between the Esperanto linguist and the creators of Kaunas, a city that grew sevenfold before WW2, and the belief in a more prosperous, friendlier future.

Optimism as a way to Move Forward

Kaunas’ fast pace a century ago was driven by the ambition to build a better, more vibrant and exciting future. To build with a fresh and functional modernist approach. Times have changed, and concepts of the present and the future have changed, but optimism is still perhaps the only thing that holds our collective consciousness. The festival organisers were indeed inspired by the cultural phenomenon described extensively by historian Marija Drėmaitė and colleagues in the exhibition and the accompanying book bearing the same name.

OPTIMISMO is a joint creation of two Lithuanian electronic music organisations – Digital Tsunami, which curates international events and the label of the same name, and Ghia, which finds inspiration in the industrial body of Kaunas.

“Writing about music is as difficult as dancing about architecture,” a phrase attributed to many creators, also found a place in the thinking about the OPTIMISMO programme, its setting and the artists who will come to the European Capital of Culture from many countries across Europe and the world, including Lithuania. The musical programme of the event will bring together different experiences and invite one to participate, listen and grow your understanding of sound, space and technological possibilities.

Guests of OPTIMISMO and their urban stories

Every piece of art and its creator is inseparable from a context. Thus the guests of OPTIMISMO are presented to the public not just by short musical biographies but also by their relationship with homelands and other urban contexts.

We are looking forward to discussing the importance and meaning of colonial architectural heritage, namely cinemas, in Angola with Nazar, who returned to his native country only when the 27-year Angolan civil war ended in 2002. The artist’s creative world centres around the extreme violence, injustice and omnipresence of a repressive state during and after the, while exploring hope, resilience and pride in a country torn apart by conflict.

Just as modernist architecture became an optimistic way of life and growth for Kaunas, the new yet temporary capital of reborn Lithuania, after WW1, a similar process took place in the Philippines a couple of decades later, after WW2. In the post-colonial period, the Filipino architects not only took on the pure surfaces and precise forms of modern architecture but infused the structural decisions with national elements. Thus, globally recognised architecture that still bears the national spirit is indeed a common thing between the Philippines and Lithuania.

Interestingly enough, Corin, the Filipina-Australian electronic producer, composer and performer working in performance art, sound design, theatre and club spaces, has become interested in her cultural connections to the Philippines, her mother’s birthplace and the landscape connected to it. “I’ve already begun to hear how it influences my creative output. Over the next year, I hope to produce an entire album which explores this connection”, said Corin in her recent interview with 15questions.

Yet another guest of OPTIMISMO is based in Shanghai. Osheyack is an integral member of the city’s electronic music scene that centres around ALL Club. The venue itself is located in a fascinating area near Changle Lu, a historic road in what was the French Concession between 1849 and 1943. In the 1920s, it was considered a premier residential area of Shanghai. Among new residential buildings also rose shikumen, a local architectural phenomenon – a cultural blend of the elements found in Western architecture with traditional Lower Yangtze architecture and social behaviour.

A half-Polish, half-Malian Parisian who occasionally enjoys Hungarian songs – these and more elements all add to the unique talent that calls himself Bambounou. On top of everything, he has just announced a new EP in the form of a wax candle sculpture of his body. ‘La Sagrada’, the artist says, was inspired by the beauty of La Sagrada Familia’s unfinished architecture in Barcelona, Spain.

Krikor (FR), Nick Klein (US/NL), Black Zone Myth Chant (FR), Animistic Beliefs (NL), and Pandora’s Jukebox (UK) are among the other names already announced in the OPTIMISMO program. More artists are to be revealed soon, as well as another exciting location for the festival.

Follow www.optimismo.eu for up-to-date news, tickets and other information. The design of the website and the visual aesthetics of the festival were also inspired by the modernist heritage of Kaunas. The design department consists of Tadas Bujanauskas and Aistė Ambrazevičiūtė. 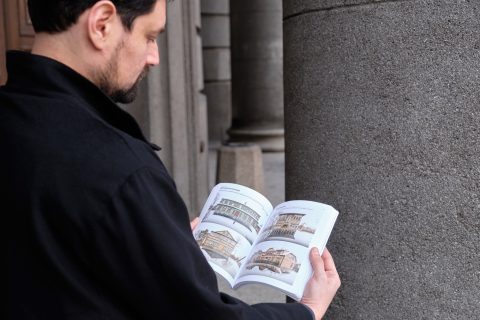 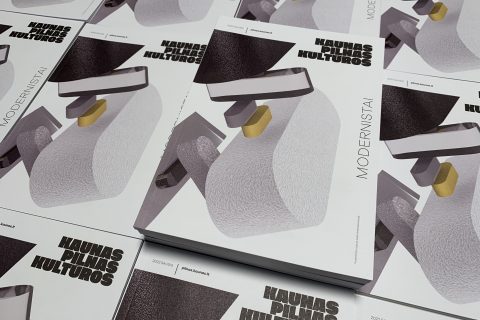 Starting the Year of Culture by Celebrating Modernism